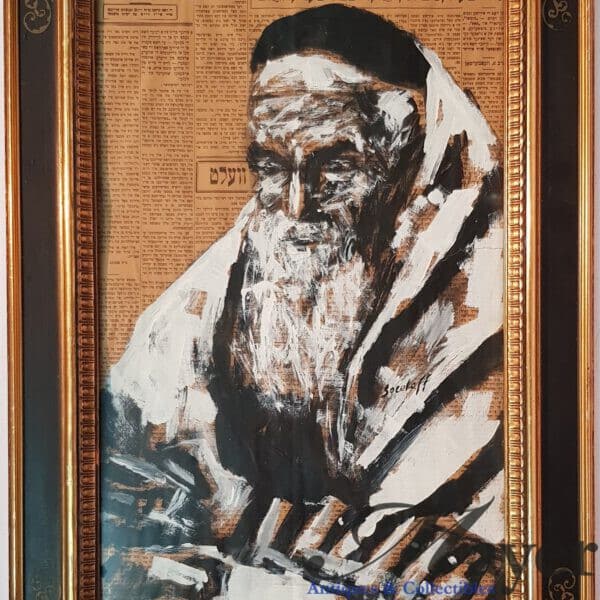 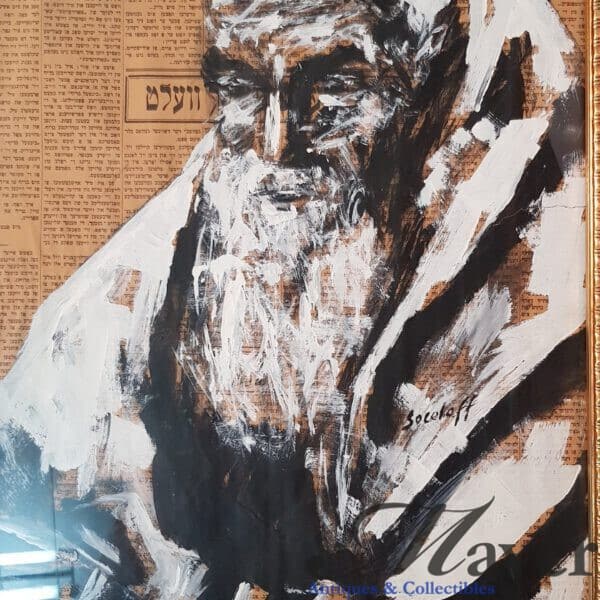 $1,404.00
A aquarelle on a Yiddish newspaper painting of a Rabbi by Nahum Socoloff also written Sokolow and Sokolov.  This painting is said to be painted in 1926 in a diner in New York City of Rabbi Haftman during prayer with hit talit and tfilin. Dimensions: Height: 70 cm (27.55 inches) Width: 50 cm (19.68 inches)
Add to wishlist
Add to cart
Quick view 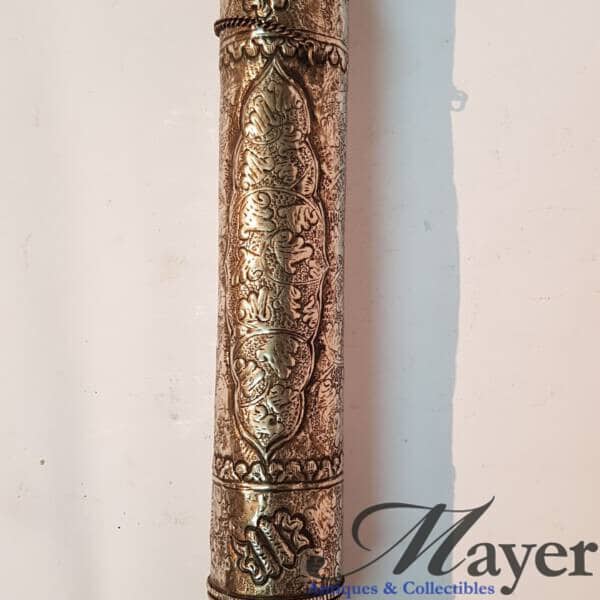 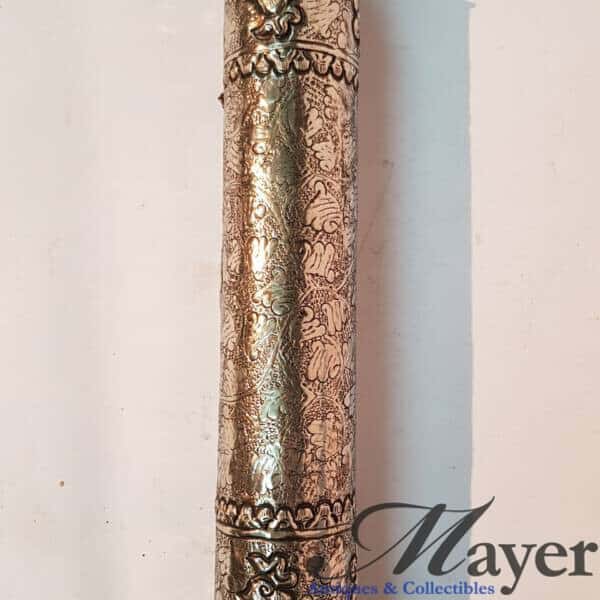 Scroll Case Made Of Alpaca Silver

$327.60
A decorative scroll case made of alpaca silver with beautiful handmade artisan metal work.  Alpaca silver is an alloy that imitates sterling silver and is made of up of copper, zinc and nickel and sometimes iron. Alpaca Silver does not contain real silver, it is sometimes referred to as nickel silver.  This handmade alpaca silver scroll case is made probably in the early 20th century. Dimensions: Length: 35 cm (13.77 inches) Diameter: 5.5 cm (2.16 inches)
Add to wishlist
Add to cart
Quick view 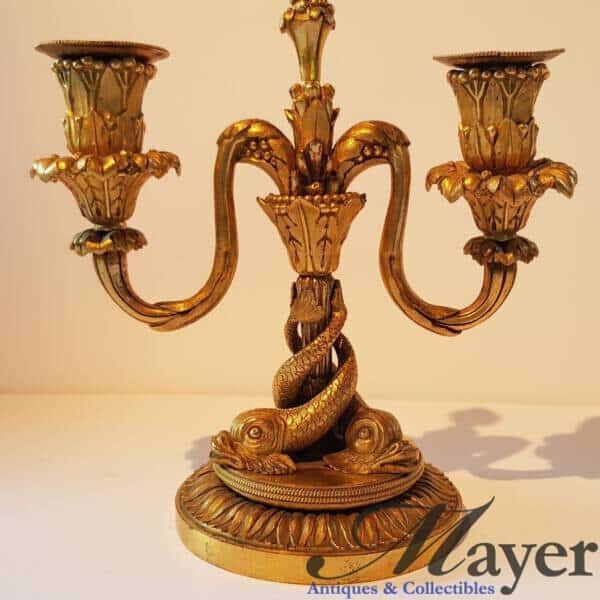 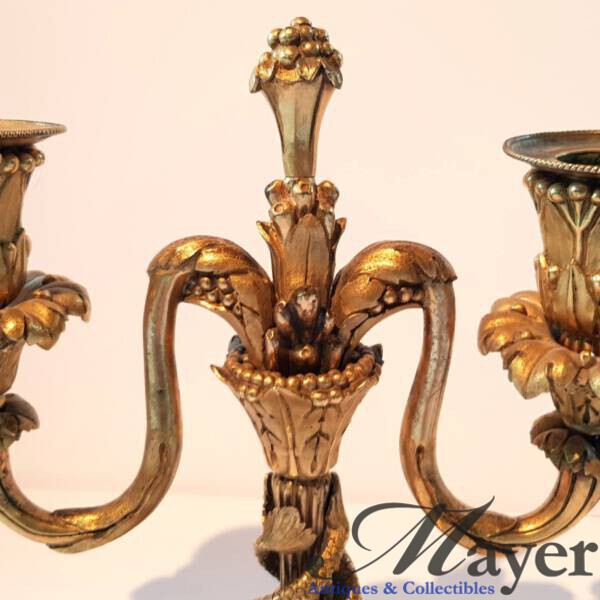 $1,287.00
Antique Candelabra with two branches in rococo style featuring two mythological style fish at the base and flora. This candelabra center piece seems to be French made in the 19th century.  It is probably gold gilded bronze known as ormolu. Dimension: Height: 21 cm Width: 20 cm Base diameter: 11 cm Weight: 1.8 Kg
Add to wishlist
Add to cart
Quick view 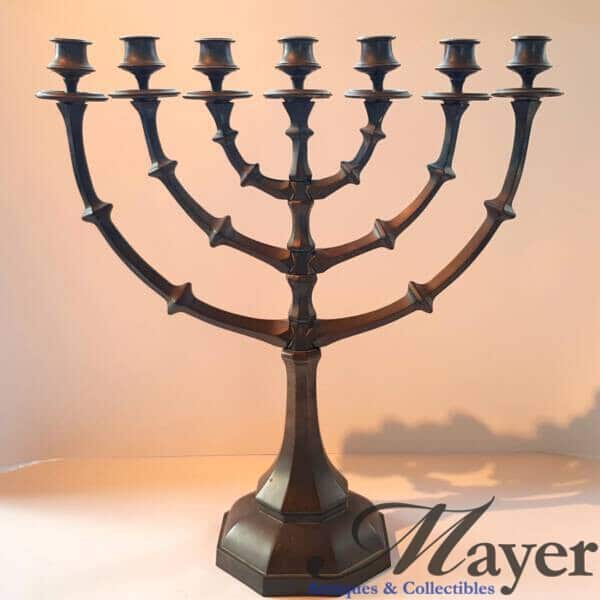 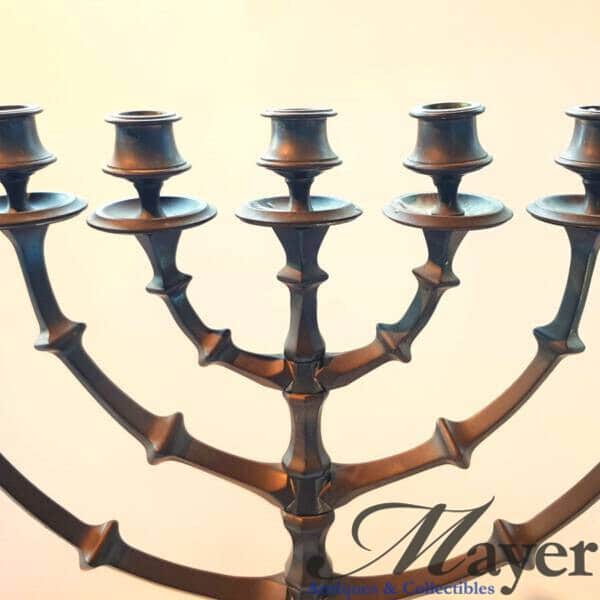 $5,850.00
Or best offer Antique German Brass Menorah said to be a retirement gift especially made for a commercial banker that worked from 1896-1921 as written in the inscription on the Menorah's base.  This Menorah is made of heavy brass and is beautifully made either in Germany or Northern Europe. Specifications: Height: 53 cm Width: 48 cm Weight: 6 Kg
Add to wishlist
Add to cart
Quick view 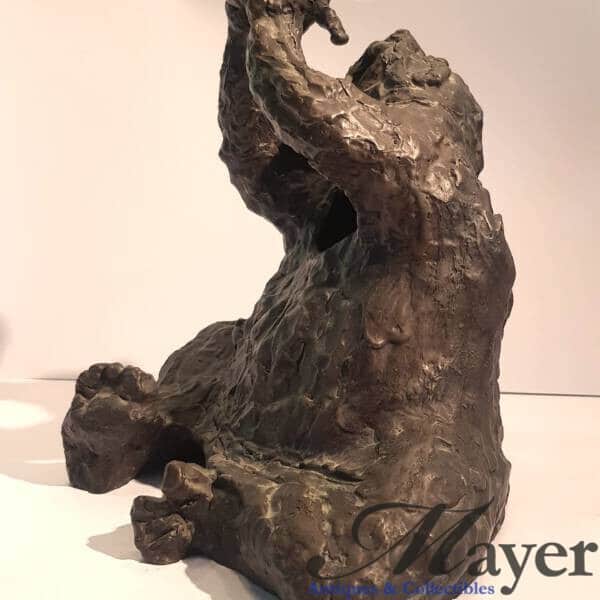 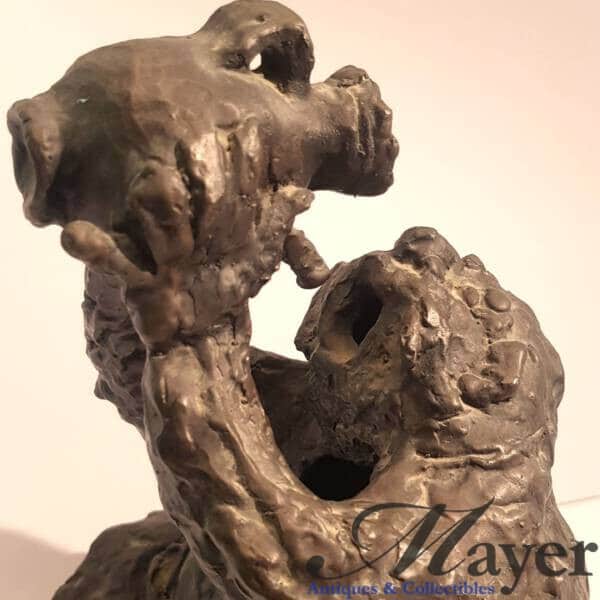 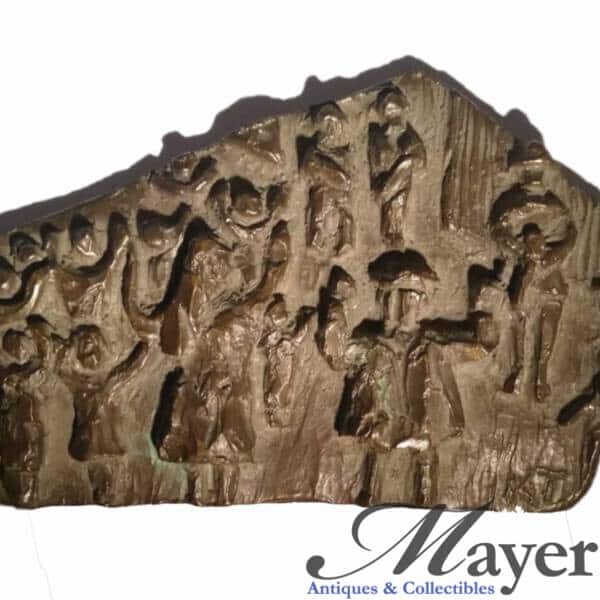 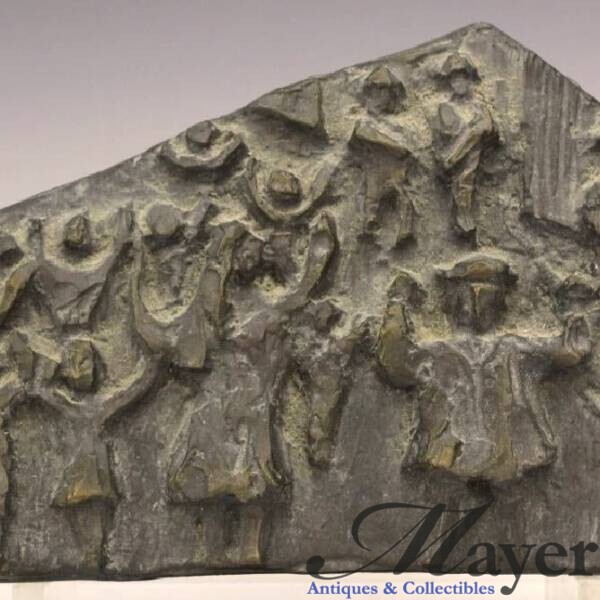 $1,053.00
Warsaw Ghetto is a cast bronze brutalist style sculpture by Kenneth Treister, architect of the Holocaust Memorial in Miami Beach in Florida.  The sculpture is a depiction of the famous photograph in which the last surviving Jews of the Warsaw Ghetto uprising were taken out of a bunker and surrendered to the Nazi troops.  The Warsaw Ghetto uprising occurred from the 19th of April to the 16th of May 1943, in which about 13,000 Jews were killed and German casualties were 150.  The photograph has been one of the most iconic depicting the Holocaust and one of the most influential in the 20th century. This Warsaw Ghetto sculpture by Kenneth Treister is of the first and original batch of bronze plaques signed in the back and is 122/150 made on August 1969. Length: 19 cm (7.48 inches) Height: 12 cm (4.72 inches) Weight: 1.9 Kg (4.18 lbs)
Add to wishlist
Add to cart
Quick view 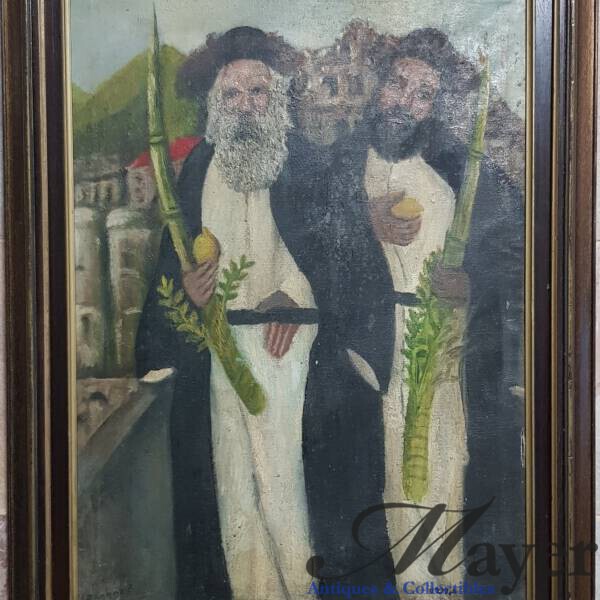 Or best offer Two Hasidic Jews walking during the holiday of Sukkot holding the four species of vegetation used for blessings. A beautiful Judaica painting for the collectors of this fascinating field or an addition to a Synagogue's art collection or display. Oil on canvas. 1970's-1980's Painter signed: Brandes (In English and Hebrew) Dimensions with frame (W x H): 86 cm x 64.5 cm 33.85 in x 25.39 in Send your best offer by writing us directly at the Contact Us page.
Add to wishlist
Read more
Quick view
Shopping cart
close